Robocraft is a Third-person Perspective, and MMORPG Simulation brought to you by Freejam Game. The game permits the player to build his robot from different building parts which he needs to buy with in-game currency, the Robits. The player keeps himself busy in fighting against multiple enemies and attempts to defeat them. The game permits the player to earn more Robits through numerous ways such as by eliminating large number of enemies, selling several building parts and capturing different mining points. The player can get different experiences by playing lots of modes. The game allows the player to build customizable robot battle vehicles and drive, walk, hover and even fly in the Robocraft. The player has to combine multiple blocks to create a robot battle vehicle containing dozens of distinct weapon options. The game allows the player to jump into the pilot seat to test his robot design against computer-controlled cars. Different types of vehicles such as tanks, Jet cars, flying warship, drones, helicopter, etc. are possible in the Robocraft. Robocraft involves significant features such as Shooting, Vehicular Combat, Action, PvP, Strategy, Open World, Atmospheric, Adventure, and more. 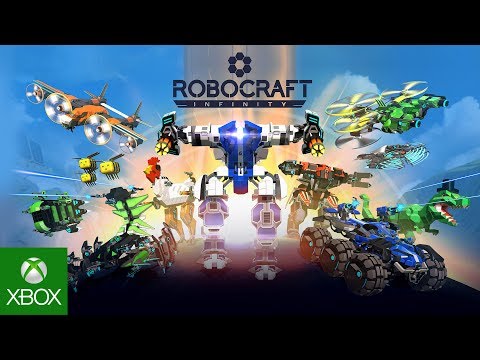