Rocket League is a Sports, Single-player and Multiplayer video game developed and published by Psyonix, Inc. The game enables the player to take control of a rocket-powered vehicle and utilize it to hit the ball towards the opposing team’s goal area to score goals. Such a ball is greater in size than the player’s controlled car. Therefore the vehicle can jump and hit the enormous sized ball while in mid-air. The game permits the player to pick up a speed boost bypassing his car over some marked spaces to let the car cross the field. The player is capable of performing some quick dodges to cause his car spin and even do some short jumps in a given direction. The game allows the player to keep himself busy in different matches played in ranked and even casual playlists. The competitive online mode is also available to the player to let him compete in numerous tiered ranks within several seasons. The game introduces Custom Training sequences and enables the player to create and even share them with another player on the same platform. Rocket League includes several features such as Racing, Team-based, Fast-Paced, Action, Fun, Masterpieces, and more. 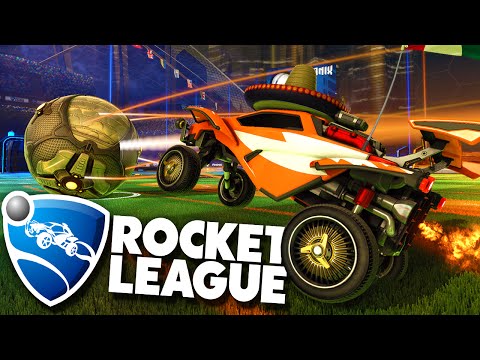