Rules of Survival is an Action, Battle Royale, Survival, and Online Multiplayer video game with Role-playing and Strategy elements developed and published by Netease Games. The game takes you in the detailed world where you will be one out of three-hundred players who get air-dropped into a massive island. In the game, only one player can survive. Like other Battle Royale games, it starts with you choosing your avatar from available and then modifying it using several options to look unique among other players. In the game, you will have to race against poison gas, enemies, and death chasing. You either battle alone or in a team of five players. The main objective is to scavenge for weapons scattered across the island, plan your strategies and them attack other players to advance. During the gameplay, you have two options run or battle. During exploration, you must gather whatever you found and use while fighting against enemies. Rules of Survival includes prominent features such as the Last Man Stands, Run or Fight, Pick and Use, Fast-paced Combat, and more. 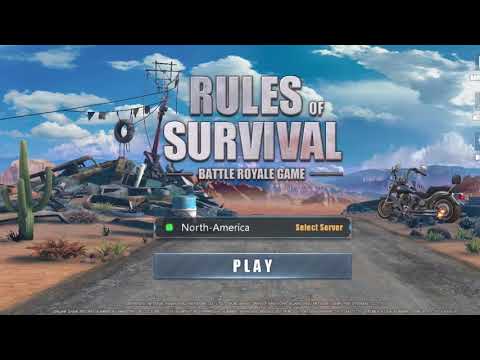