Sid Meier’s Civilization VI by 2K Games, is a Turn-based Strategy, Single-player, and Multiplayer Simulation. The game lets the player compete against computer-controlled opponents and grow his civilization from a small tribe to take control of the entire planet. The game requires the player to find numerous cities, gather multiple resources to build and expand towns, and make some improvements. The player is capable of building military units and create an army force for safety in the city. The game obliges the player to explore the entire world and finds out various equipment and objects. The player needs to utilize some weapons and attack opposing forces. The game permits the player to perform different actions such as government and culture civics for his civilization, manage the technology development, and his diplomatic relationships with opposing players. The player has to assign some specific hexes such as districts in his city which grant bonuses to the player as a reward. The game allows the player to define the government by placing available and appropriate policies into several slots such as among Economic, Military, Wildcard categories, Diplomatic, etc. Sid Meier’s Civilization VI involves significant features such as Historical, War, Tactical, Atmospheric, City Builder, Brilliant Graphics, and more. 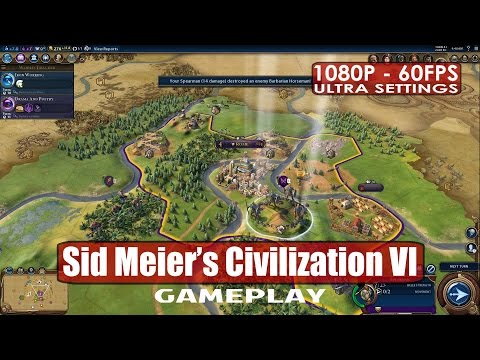