Silkroad Online is an MMORPG video game Published by Yahoo Korea. The game introduces a Triangular Conflict System to let the player choose one of three jobs such as hunter, trader, or a thief and to participate in combat. When the player acts as a hunter, he needs to kill thieves and level up to a higher level of hunter. The player has to complete different trade runs to gain experience and increase trader level by acting as Traders, while as thieves, he kills traders and hunters to level up. The game proposes a Fortress War in which the player fights against other enemies to take hold of a fort and gain the ability to raise taxes. The player gets the option to create either a European or even a Chinese character. The game permits the player to use different weapons, classes, and armor while acting as a Chinese or European character. The player can buy various kinds of premium objects and items to customize and accelerate his character according to his choice. Silkroad Online proposes significant feature such as PvP. Fantasy, Cartoony Graphics, Character Customization Excellent Soundtrack, and more. 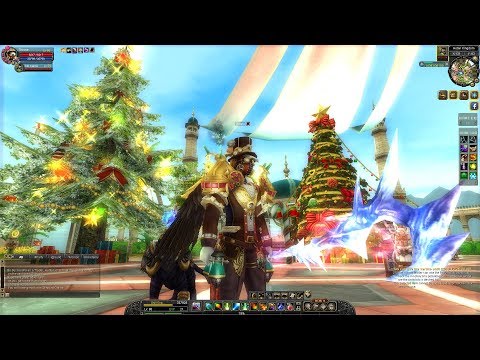