Sniper Elite: Nazi Zombie Army 2 is a First-Person, Third-Person Perspective, Single-player, and Multiplayer video game by Rebellion Developments. The game revolves around the village near a Berlin, where Wehrmacht Officer, Dr. Schwaiger, and their companions attempt to find out working vehicles to reach at Berlin. They find a truck opposite to the village’s church after fighting against lots of hordes of zombies. They conquer most of them and find a secret entrance under the altar and enter into the secret facility to see a map which helps them to stop zombies. The game introduces Hitler’s supernatural forces who engage themselves in combat through blood-drenched levels in the Berlin. The player has to fight against harrowing new worst enemies such as roof-jumping snipers, occult commanders, undead suicide infantry, etc. The game lets the player perform different actions such as work together, plan his position, face annihilation, and set his traps. The player needs to fight back-to-back against Russian soldiers and a German Officer. Sniper Elite: Nazi Zombie Army 2 includes several features such as Shooting, Strategy, Stealth, Survival, Horror, Action, Adventure, Zombies, and more. 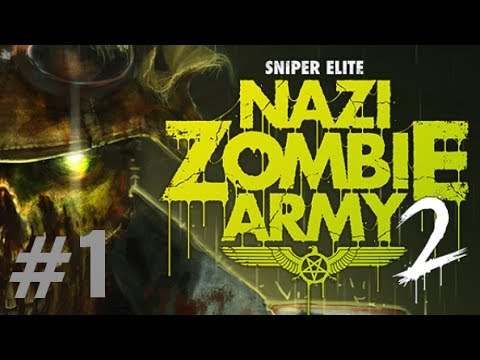