Split / Second Published by Disney Interactive Studio, is a Racing, Single-player and Multiplayer video game. The game permits the player to participate in different fictional reality television programs where he needs to race for glory and money. The player can develop his power play meter by performing numerous stunts, including mid-air overtakes and jumps. The game enables the player to engage himself in precision driving of a vehicle, including the drifting and drafting opposing cars. The development of the player’s meter triggers some special events which open up lots of shortcuts, create multiple obstacles for others, and changes the entire section of the racecourse. The game proposes certain power plays and permits the player to reuse them, such as various exploding tanker trucks, explosives dropped from multiple helicopters, and shortcuts. The player can drive vehicle on almost fifteen fantastic tracks located in a lifesize set of a city. The game provides the power play meter, the lap count, and the position that the player is in to avoid detracting from the scenery. Split / Second involves a large number of features such as Action, Adventure, Arcade, Excellent Graphics, Masterpieces, Indie, and more. 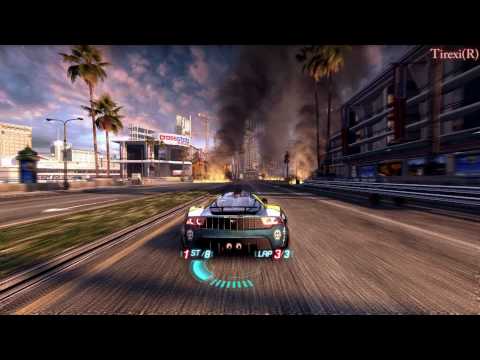