Star Trek Online is a Third-person Perspective, Single-player and MMORPG Space Simulation by Atari. The game sets during the period of 2409/2410, almost thirty years after the event of Star Trek. Lots of alliance between the Klingon Empire and United Federation of Planets gets collapsed. Preceding twenty-two years, The Dominion rebuilds its forces while the Romulan Star Empire remains busy in dealing with the fallout of the loss of their homeworld. The game allows the player to act as a captain of his ship and performs several activities such as play as a starship, control the ship’s tactical, engineering, and science systems. The player can move around the world and beam down in numerous settings with access to multiple weapons, combat skills, and specific support. The game introduces two kinds of combat systems, including away-team missions which feature a fast-paced run-and-gun battle, while space combat which stresses the long-term tactical aspect of the fight between various capital ships. The player can also set up a project and start a mission which after a specified time, gets completed rather than spending time on performing the crafting. Star Trek Online includes lots of features such as Open World, Action, Adventure, PvP, Strategy, Tactical, Great Graphics, and more. 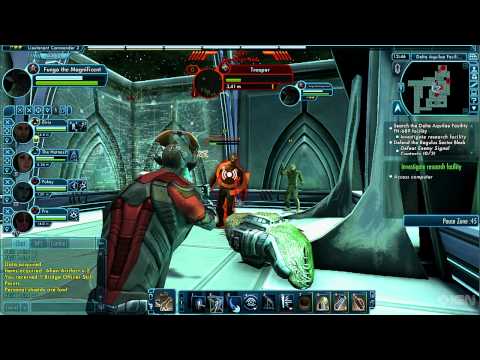