Steel Fury: Kharkov 1942 Published by Discuss Games, is a Single-player and Combat Simulation. The game depicts real-life events and centers on the vicious German Counterattack which begins in 1942. During the combat, the player experiences a bitterness through the monstrous roar of military vehicles, tanks and the blaring sounds of the war. The game proposes different missions based on historical events. The game lets the player choose any best path available to him to achieve victory. The player has to experience different combats with various active vehicles and complete Fear and Fury Filled Missions. The game features Realistic Game Physics for a precise calculation of collisions and ballistics models. The player can use different types of tools to destroy various kinds of objects. The game offers a Realistic surrounding environment, such as dynamic weather conditions, night-time missions, and dynamic lighting. The atmosphere is full of realistic smoke, debris from explosions, and water effects during combat. Everything present in the path of the tank-round gets destroyed, including building and different trees. Steel Fury: Kharkov 1942 involves various features such as Open World, Brilliant Soundtrack, Atmospheric, War, Free Roaming, Real-Life Graphics, Explosion, and more. 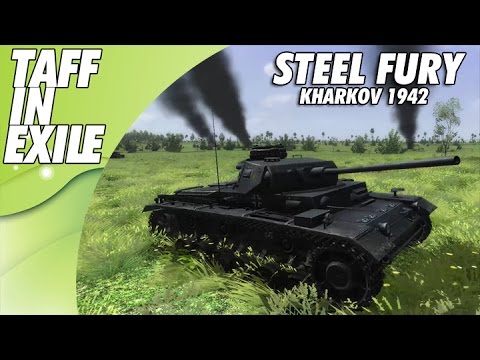