Stellaris is a Real-Time Grand Strategy, Single-Player, and Massively Multiplayer Simulation by Paradox Interactive. The game sets in the Space during the 2200 year and lets the player take control of the species in its early phases of the interstellar space exploration. The ultimate goal of the entire empire ranges from the hoarding of resources, technological supremacy, and galactic conquest to absolute destruction or peaceful coexistence of sentient life. Several factors influence this ultimate goal, including Player’s desire and ethics of civilization. The game allows the player to control different ships, including the construction, Science and military vessels. The player keeps himself busy in various types of battles, including ground and space combat which involves the bigger picture, preparation, and strategy. The game offers different diplomatic options with other races such as trade agreements, alliances, etc. At the start, the player comprises of various mining stations, a single habitable planet in his territory, construction and science ships, a starbase and three different small warships, etc. Stellaris includes several essential features such as Action, Adventure, Open World, Atmospheric, Sandbox, Brilliant Soundtrack, Exploration, and more. 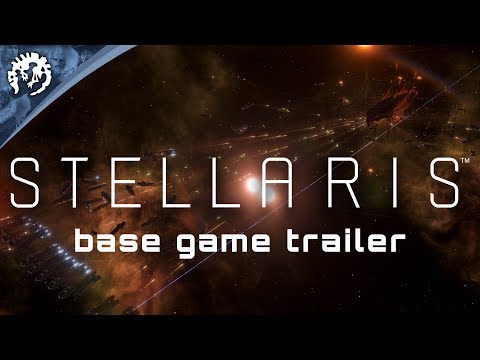