Take Off – The Flight Simulator is a Single-player, and Flight Simulation developed Jujubes S.A. and published by astragon Entertainment. The game enables the player to become a pilot and fly more than twenty airplanes in an open environment. The player keeps himself busy in completion of more than forty varied and exciting missions, ranging from dramatic rescue operations to airfreighting. The game lets the player establish his airline by utilizing multiple factors. The player is capable of flying an airplane into different cities such as London, New York, Sydney, and even eighteen other destinations as well. The game proposes more popular models of planes to the player, such as seaplanes, jumbo, and a military jet. The player needs to fly under more challenging weather conditions and attempts to land his plane safely in case of engine failure. The game introduces almost twenty-four airplanes and realistic 3D cockpits. The game obliges the player to complete fifty exciting missions, including sightseeing and other rescue operations. The player can customize the skin of the airplane and even upgrade his fleet for better handling and performance. Take Off – The Flight Simulator involves some prominent features such as Atmospheric, Exploration, Brilliant Soundtrack, Masterpieces, Indie, Great Graphics, and more. 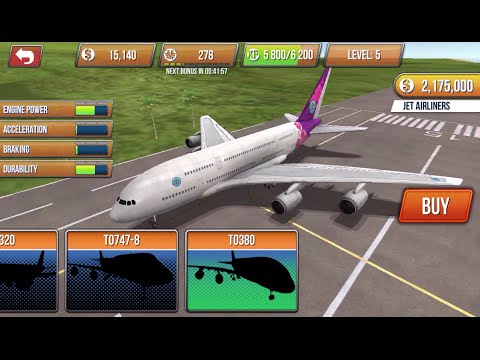