Teenage Mutant Ninja Turtles: Mutants in Manhattan is a Single-Player and Hack-and-Slash video game by Activision. The game depicts four Ninja Turtles who arrive in the city of New York in search of Foot Clan. The April tell the Turtles through T-Glass that the Bebop robs the banks located in the town. The Turtles gets different guns, chainsaw of explosive bombs, and needs teamwork to attack the robber. The game introduces a cel-shaded art style to allow the player to take control of four Ninja Turtle characters such as Donatello, Leonardo, Michelangelo, and Raphael. Each turtle contains four ultimate interchangeable capabilities such as Leonardo can slow down the time while Michelangelo performs cheerleading to reinstate the cooldowns of the other turtles’ abilities. The player needs to perform successive attacks for creation of a combo. The game lets the player parkour and utilize parachutes while exploring the world. The player can also encounter various green orbs, a Battle Points which he spends for different purposes, including to upgrade his abilities and purchase different items. Teenage Mutant Ninja Turtles: Mutants in Manhattan gives numerous features such as Third-Person Perspective, Excellent Soundtrack, Artificial Intelligence, Action, Adventure, Brilliant Graphics, and more. 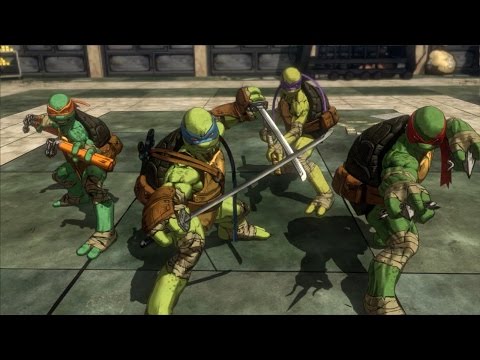