The Godfather The Game System Requirements

The Godfather, The Game by EA Redwood Shores, is an Action-Adventure, Single-player and Multiplayer video game. The game set during 1936 in Little Italy where a modest ranking member of a Corleone Family, a Johnny Trapani meets his beloved wife, the Sarafina. Meanwhile, the members of a Barzini family and Emilio Barzini fight off the Trapani and kills him. Later, Vito Corleone consoles the Trapani’s son Aldo on his arrival and tells him that he can have his revenge after getting old enough. The game lets the player put himself in the shoes of Aldo Trapani who attempts to ascend through the ranks of the Corleon family along with his rise intersecting on numerous occasions. The player can start his journey across the city freely and commandeer various types of vehicles. The game allows the player to do whatever he wants in terms of attacking and killing innocent civilians. The player proceeds through the storyline at his leisure and spends as much time exploring a beautiful city as he wishes. The Godfather The Game offers lots of prominent features such as Third-person Perspective, Shooting, Open World, Atmospheric, Roaming, Masterpieces, Great Graphics, and more. 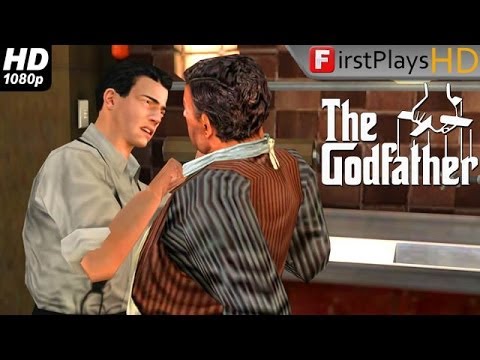