The Lord of the Rings Online System Requirements

The Lord of the Rings Online Minimum System Requirements

The Lord of the Rings Online Recommended System Requirements

The Lord of the Rings Online is an MMORPG video game brought by Standing Stone Games, LLC. The game permits the player to take control of a character avatar who is capable of moving around the world and interacts with NPC’s, other players, and other entities. The player needs to improve his character, including enhancement in abilities and skills by gaining numerous levels. By participating in the combat, the player increases the character‘s level and earns a set amount of experience points. The game proposes five types of wizards in the fictional world which are active skills and require power that is equivalent to some magic points. The player comprises of some skills that behave like magic such as healing or even throwing a burning ember at the particular enemy. Besides, the game introduces various types of objects and artifacts to the player to use them to create effects similar to magic. Morale is available which is equivalent to hit points or health, and the game requires the player to eat food, rest, listen music, and battle cries to raise them. The Lord of the Rings Online provides brilliant features such as Fantasy, Open World, Action, Adventure, Exploration, Third-person Perspective, Survival, PvP, and more. 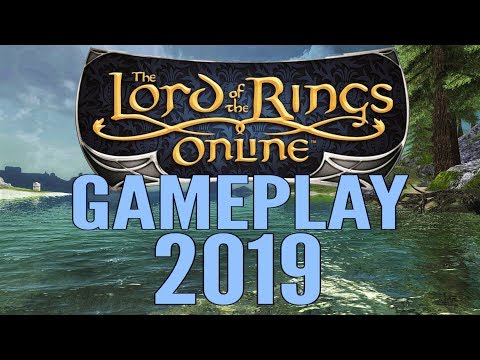