Titan Quest is a Hack-and-Slash, Single-player and Multiplayer video game published by THQ Nordic. The game takes place within the pre-Roman Old World, including Silk Road and Ancient Greece. The player is capable of taking control of an avatar and selecting his name, gender, tunic color, etc. The game lets the player navigate the three-dimensional world and find out numerous objects. The player proceeds, perform multiple actions, and gains some experience points after completing different quests and defeating enemies. The game proposes some NPC’s scattered around the environment to raise the player’s experience level and grant him access to some points and new skills. The player is capable of utilizing earned points to upgrade his attributes such as ability, intelligence, health, strength, and energy levels. The game offers two types of Quests, including Main and Side quests. Main Quests relates to the central narrative while side quests are unique for specific areas of the world. The player can trade some items and equipment with other NPCs found in different cities and towns acting as Merchants. The game allows the player to gain various accessories which grant passive boons. Titan Quest involves lots of features such as RPG, Action, adventure, Isometric, Open World, Fantasy, and more. 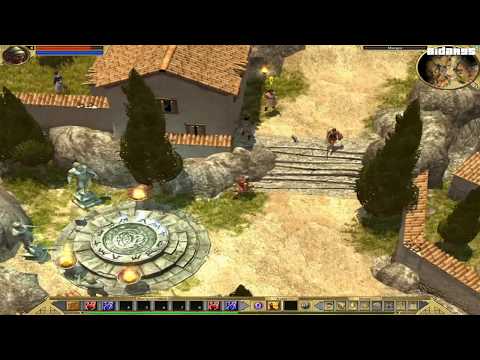