Total War: ROME II is a Turn-Based, Single-player, and Multiplayer Simulation Published by SEGA. The game revolves around the period of classical antiquity in 272 BC which lasts for 300 years. It allows the player to focus on individual soldiers on the battleground containing thousands of warriors. On the campaign map, Navies and Armies have changeable stances which determine factors such as the capability of deploying traps for an ambush or total movement points per turn. The game proposes different stances, including Ambush Stance and the Forced March. The game lets the player name units in an army and even alter his emblems. The player needs to pick a general to lead his army from a given list of faction members. In combat, both generals and troops have to gain traits and skills from experience. The player appoints a new general in case an army loses its general. Throughout the game, the player gets prompted with different decisions, and each of them leads him down a particular decision path based on previous decisions. Total War: ROME II includes several features such as Action, Tactics, Real-Time Strategy, Historical, War, Adventure, Good Soundtrack, and more. 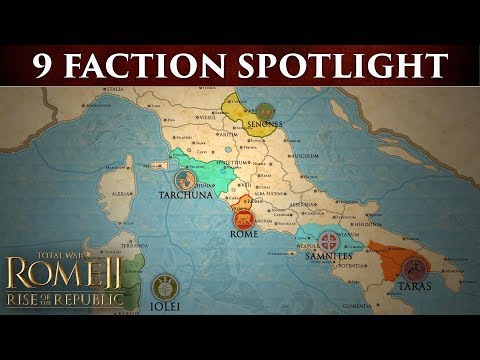