Train Simulator 2013 Developed by Dovetail Games, is a Single-player and Train Simulation. The game allows the player to keep himself busy in performing lots of activities such as choose the time of day, pick up multiple passengers, select a route, and experience changing the weather. The player is capable of driving different trains down the sides of a mountain and gets the track of his choice. The game introduces three different routes such as Snowy and craggy route of Donner pass, Germany’s Hamburg to Hannover, and high-speed route of London to Faversham in England. Throughout the game, the player picks and drops different passenger by driving the train and earns various points. The player also gains ten new trains to operate which are pleasant and hypnotic. Trains have excellent specifications that enable the player to perform multiple actions, including control traffic of passengers and watch inside the train. The game also offers numerous non-player characters which create a massive crowd at the station. Train Simulator 2013 provides some prominent features such as Atmospheric, Exploration, Roaming, Brilliant Graphics, Excellent Soundtrack, Masterpieces, and more. 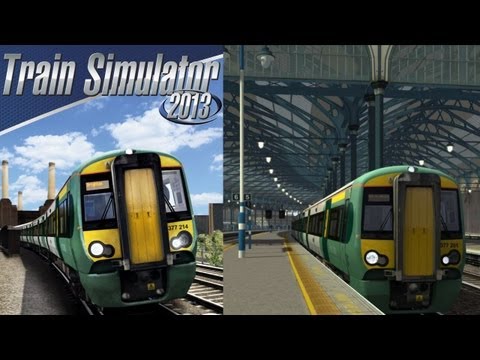