Train Simulator 2015 by Dovetail, is a Single-player and Simulation. The game introduces large number of routes, including the craggy path of Donner pass and high-speed route of London. The player needs to perform different actions such as pick up and drop multiple passengers, selects the time of a day and numerous weather conditions. The game offers large number of new trains to the player to drive it and earn several points. The player can perform various tasks, including control traffic of passengers and watch inside the train. Non-player characters also appear at the station to create a massive crowd. At the start, the player has to choose the best engine and jump into the seat to drive the train on his selected track. The player can also transport multiple objects and items to different target location and earn money to upgrade his statistics. Being a driver, the player must reveal his skills, and unlock further content to become the world’s best driver. Train Simulator 2015 provides numerous features such as Masterpieces, Indie, Atmospheric, Brilliant Soundtrack, Adventure, and more. 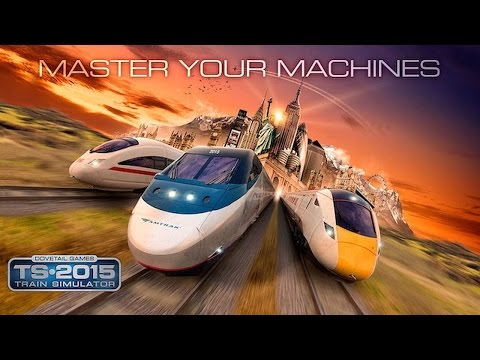