Transformers: War for Cybertron is a Third-person Perspective, Single-player and Multiplayer video game Published by Activision. The game takes place on the planet Cybertron before the transformer’s contact with a planet Earth. Each of these Transformers can transform from its robot mode to an alternate form, including a tank and jet. A cluster of devil Transformers creates the splinter group which is separate from the significant faction, named as Decepticons who follow Megatron, a powerful and ruthless leader. The game introduces the Transformers which have four main categories, such as Scientist, Leader, Soldier, and Scout. In the campaign, each character gets classified as one of these types, and his character class influences his abilities, weaponry, and vehicle types. The player can alter between forms at his will, including Robotic and Vehicle and each style has particular skills. In a robotic form, the player can collect various weapons and reminiscent while in vehicle form he can boost his speed. The game proposes levels in a suitable way to assist the player navigate the surrounding environment easily. Transformers: War for Cybertron comprises of significant features such as Shooting, Cartoony Graphics, Dark Environment, Fiction, Fantasy, Soundtrack, etc. 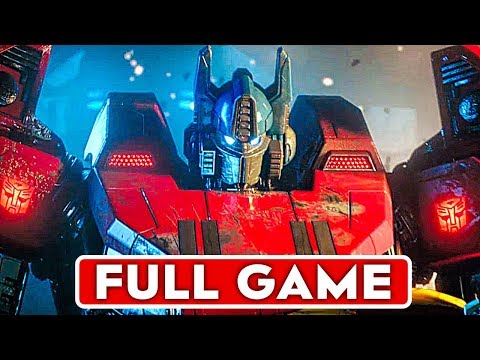