Urban Empire is a Single-player and City-Builder Simulation published by Kalypso Media Digital. The game enables the player to control a mayoral dynasty and lead different cities and citizens through two hundred years of history. The player engages himself in performing lots of actions, including establish numerous infrastructures and plan multiple city districts. The game obliges the player to debate some political decisions at his town council, empower various democratic rights of his people, bribe his opponents and reign supremely by himself. During 1820, the player can develop his city through five distinct eras each of them containing its opportunities and threats. The player is capable of facing political struggles, mastering lots of challenges, experiencing different events and ultimately creating his unique Urban Empire. The game requires the player to employ political savvy and different strategic planning to grow his city successfully. The player has to be like a real-life political mastermind to prove his skills by guiding his city through ideological revolution and technological evolution. Urban Empire includes numerous features such as Strategy, RPG, Historical, Management, Political, Brilliant Soundtrack, and more. 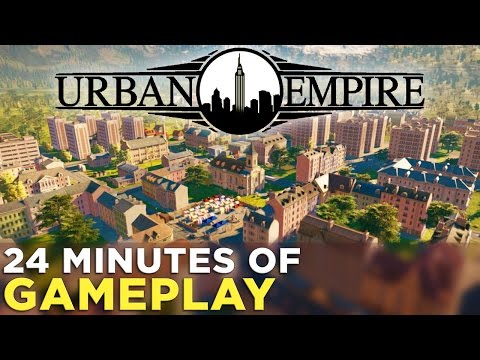