Wanted: Weapons of Fate is a Third-person Perspective and Single-player video game Developed by Grin. The game depicts Wesley Gibson who continues his transformation successfully into a full-fledged assassin. He attempts to accomplish his quest to hunt down the Immortal, seek out the French chapter of the Fraternity, and discover the truth about his family. A squadron of SWAT-like soldiers breaches his apartment to ransack apartment and finally come upon a picture of his mother named as Alyse. The game makes the player able to utilize adrenaline of different curve bullets to slow down the time. It lets the player control a Wesley or even take control of his father and other characters. The player needs to unlock various characters by conquering different bosses such as Russian, the SWAT leader, Brummel, and Arana/Spider. The game allows the player to utilize his father’s Fire Eater guns to curve Shrapnel bullets, an explosive variation of conventional weapons. The player has to clear lots of levels which contain sequences with on-rail shooter elements. Wanted: Weapons of Fate provides prominent features such as Shooting, Atmospheric, Brilliant Graphics, Masterpieces, Indie, Excellent Soundtrack, and more. 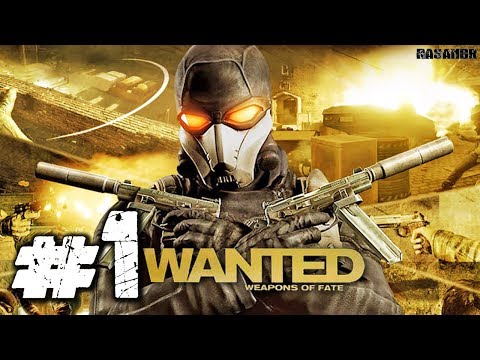