Warhammer 40000: Dawn Of War 2 is an RPG, Real-Time Tactics, Single-player and Multiplayer video game Developed by Relic Entertainment, Feral Interactive. The game revolves around the events of Chaos Rising and reveals that Sub-Sector Aurelia suffers from the conflict between the link of the Hive Mind and the Tyranid Hive Lord restoring the remnants of the Hive Fleet and Leviathan. The game focuses on the micromanaging battle and introduces a story-driven campaign mode. The player needs to select the required units before the start of the mission and enjoys limited reinforcement options. He can not develop new units once the mission begins. The game proposes a metamap which exhibits province-like areas on three distinct planets. After selection of Mission and war Zone, the player has to choose three squads along with The Force Commander to participate in the coming combat. Each of these squads is unique in its personality, voice acting of its sergeant, battle specialty and can enhance its experience and skills with the progression of the campaign. Warhammer 40000: Dawn Of War 2 contains several features such as Atmospheric, Fantasy, Great Soundtrack, Action, Adventure, Futuristics, Real-Time Strategy, and more. 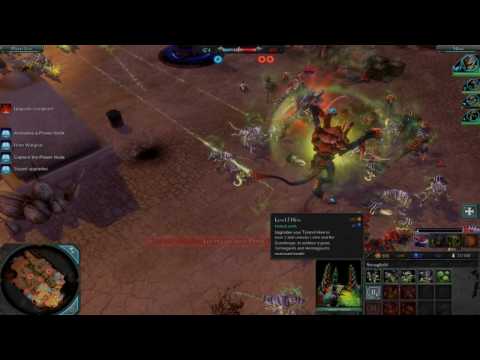