Wolfenstein: Youngblood published by Bethesda Softworks, is a First-person Perspective, Single-player, and Multiplayer video game. The game takes place after twenty years of Wolfenstein II when America and other countries get freedom from Nazi control. B.J. Blazkowicz and Anya bring up their daughters, Zofia and Jessie and make them learn how to defend under complex situations. Zofia and her sister Jessie along with their familiar friend Abby finds out a hidden room in the attic by using map after mysterious disappearance of Blazkowicz. The game enables the player to take a role of either a Zofia or Jessie Blazkowicz and explores the entire world to find out lots of objects and items. The player needs to complete multiple tasks, objectives, and quests and get reward in the form of points, articles, etc. The game obliges the player to complete numerous activities and compete against other opposing players and even against computer-controlled substitutes. The player has to complete several missions in a non-linear manner and unlock new abilities, cosmetic, gadgets, and gears. The game permits the player to customize his appearance by utilizing various factors. Wolfenstein: Youngblood includes some significant features such as Shooting, Action, Atmospheric, Open World, Masterpieces, Soundtrack, and more. 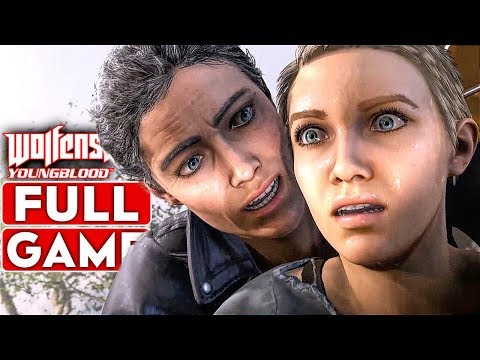