Wolfenstein is a First-person Perspective, Single-player and Multiplayer video game brought to you by Bethesda Softworks. The game revolves around America and much of the world which get freedom from the control of Nazi. B.J. Blazkowicz and his wife Anya attempts to raise Zofia and Jessie, their twin daughters and teach them how to defend themselves under certain complex situations. In 1980, after the sudden disappearance of Blazkowicz without a trace his daughters Zofia, and Jessie with their friend Abby, searches out a hidden room in an attic. They find a map which indicates that Blazkowicz travels to Nazi-occupied Neu-Paris to see the French Resistance. The game lets the player assume the role of one of two daughters of Blazkowicz, either Zofia or Jessie who needs to explore the entire world. The player is capable of completing several tasks with another player or even with a computer-controlled substitute. The game obliges the player to accomplish multiple missions in a non-linear order and in return he gains lots of points. As the player proceeds, he needs to unlock different abilities and new gear gradually. Wolfenstein provides lots of features such as Shooting, Action, Adventure, RPG, Survival, Atmospheric, and more. 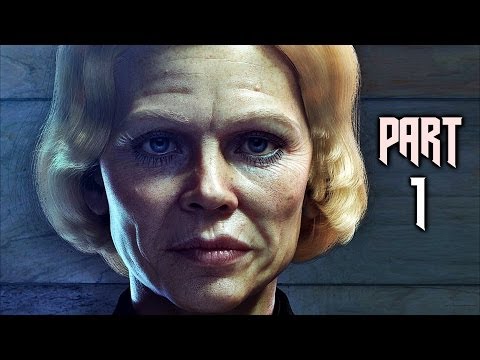