XenoMiner is an RPG, Shooting, Single-player and Multiplayer video game by Gristmill Studio. The game permits the player to build multiple space areas of his dreams and traverse the remnants of a powerful and ancient civilization. The player can get help from some computer-generated companions who survive in an onboard system and are ready to build different equipment required by player for his survival. The game obliges the player to face lots of challenges such as his oxygen tank runs on empty, different things sinister lurk in shadow and local star bombard him with different radiations. The player is capable of building, crafting, and surviving alongside other players and friends. The game allows the player to utilize amazing next-generation technologies and undertake his world-building numerous projects. The player can perform several actions, including build vertical, hallways and upside down villages. The game introduces Bot Assistant to the player which helps him to program such as bot to dig, gather lots of resources, and build different structures. The player can create desired structures by changing the direction of gravity with the help of terrain and tech. XenoMiner involves multiple features such as Open World, Atmospheric, Action, Adventure, Masterpieces, Brilliant Soundtrack, and more. 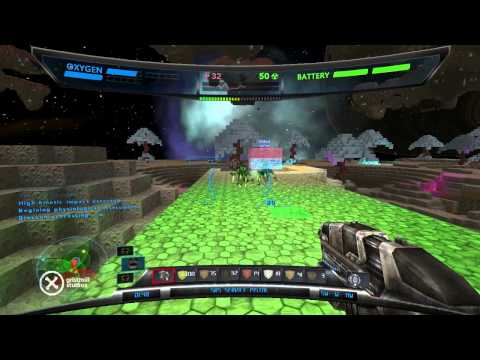